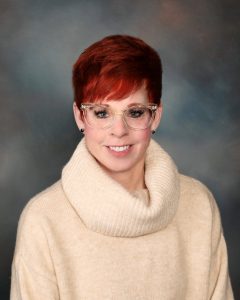 Jenni Becker is the former co-owner and President of Empire Level Mfg.Corp. Becker spent 15 years running the hand tool company in Mukwonago, Wisconsin. She was the fifth generation in this family business. Under Becker’s leadership, the True Blue product line of professional contractors’ levels and squares were successfully brought to market. Milwaukee Tool purchased Empire in 2015. Prior to her role in her family business, Becker taught fifth grade for three years. Today, she brings her experience to a North Carolina based marketing company, SFW as the Vice President of Business Development.

Ms. Becker has a passion for academia and attended Beloit College, a private liberal arts school in Wisconsin. She graduated in 1994 with a B.A. in Literary Studies and completed a Master’s degree in Elementary Education and Teaching in 1995. From 2000 to 2002 she continued her formal education culminating in a Master of Business Administration degree.

Ms. Becker currently lives in Waukesha, Wisconsin with her 15-year-old daughter, Madison, and her life partner, Shawn. She loves domestic and international travel. Her hobbies include reading, teaching kickboxing and kayaking. Becker is honored to be part of the Muth Electric Advisory Board. She has great respect for the contributions of family-owned businesses. 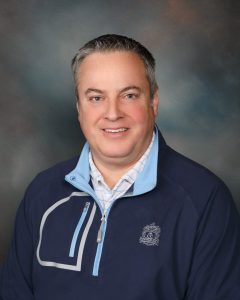 John Henkhaus grew up in Davenport, Iowa and attended college at St. Thomas in St. Paul, Minnesota. He started his career with KPMG where he worked as an auditor from 1995-2006. He moved to the Everist Company in 2006 and has been there since.

LaVerie Gene Jones Jr. grew up in Sioux Falls, S.D. where he attended Catholic schools through high school and later attended Arizona State University where he obtained his BS in marketing from the College of
Business in 1984.

He began his working career with Maguire Iron Inc. working alongside his father. In 1993 he was promoted to president. Gene and his two younger brothers continue to grow the family business which now employs over 130 workers in 35 states. Maguire Iron fabricates, erects, paints and repairs elevated water tanks.

Mr. Jones is married to his wife Cynthia and is father to six children. Gene has been active in his community, serving on many boards including Avera Health Systems, South Dakota Board of Water and Natural Resources, numerous Catholic diocesan, parish and school boards. Gene is a founding member of the Catholic Men’s Business Fraternity, a grassroots group of businessmen integrating their Catholic Faith principles into their daily home and business lives. 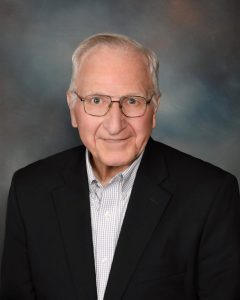 Dr. Aelred J. Kurtenbach is cofounder of Daktronics, Inc. and recently retired after 45 years as chairman of its Board of Directors. He was born in Dimock, S.D., and attended school in Dimock and Parkston, S.D. He spent five years in the U.S. Air Force, including assignments in Japan, South Korea, and Texas. Dr. Kurtenbach has B.S., M.S. and Ph.D. degrees, all in electrical engineering from South Dakota School of Mines and Technology, the University of Nebraska, and Purdue University. He has received honorary
doctorates from SDSM&T, South Dakota State University, and Purdue. He
taught electrical engineering at SDSU and Purdue University. While on the staff at SDSU, he cofounded Daktronics, Inc. in 1968. 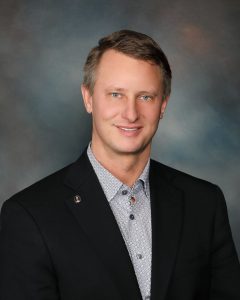 Mr. Messinger has orchestrated several acquisitions of
bottling companies since 2000. A few they have acquired are the Coca-Cola
Bottling Company of Rock Springs, Wyoming Bottling, Coca-Cola Bottling Company for a territory in northern Wyoming and central Montana, and a transaction in the Dakotas and western Minnesota. Most recently Coca-Cola High Country acquired additional territory in Montana with the acquisition of the Glendive Coca-Cola Bottling Co. at the beginning of 2020.

Mr. Messinger graduated from the University of Arizona
with a degree in Accounting. Trevor and his wife Jennifer have four children. He enjoys fishing, hunting, golf, and skiing. The Messinger family and Coca-Cola Bottling Company High Country are leaders in supporting youth and community activities through sponsorships and philanthropy in the communities they serve.