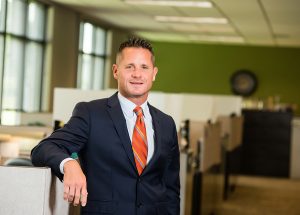 Doug Muth has invested his entire career with Holmes Murphy where he’s a Senior Vice President, the Sioux Falls Market Leader, and a member of the Holmes Murphy Board of Directors. Doug specializes in the insurance needs of contractors, manufacturers, renewable energy, and agriculture. He currently serves commercial clients throughout the U.S., Canada, Central America, Europe, and South America.

Doug loves golfing, diving, spear fishing, snow skiing, and the Minnesota Vikings. In his free time, Doug, along with his wife, Charity, and two children, Jack and Jessi, enjoy spending time at their cabin in the Black Hills and traveling to any island in the Caribbean.

Dave Muth was promoted to Chief Operations Officer in 2020. Prior to the promotion, he worked as an Estimator in the corporate office.

As Chief Operations officer, Dave assumes responsibility of overseeing the day-to-day operational functions and directing the field operations in our multiple divisions. Dave brings a wealth of knowledge and experience to his new role while seeking company growth and efficiency.

Dave is a graduate of the Electrical Construction and Maintenance program at Mitchell Technical Institute. 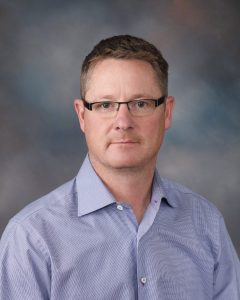 Ron grew up in the Mitchell, SD area and attended the University of South Dakota. He earned his MBA in 2001 and has been with Muth Properties, LLC ever since.

Ron has served on numerous Boards throughout the years including Junior Achievement and Avera Queen of Peace in Mitchell.

Ron lives in Mitchell with his wife Kim. They have two children, Seth and Emma. He enjoys scuba diving, hunting, golfing, and watching his children’s sporting events. 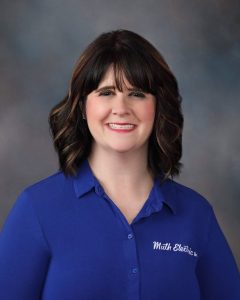 Shelly grew up in Mitchell, SD and attended the University of South Dakota where she earned her Bachelor of Science degrees in Psychology and Elementary Education. After teaching for a period of time she decided to
return to Muth Electric. She is currently a Project Coordinator.

Shelly lives in Mitchell with her three children, identical twins Josh and Tyler and Madison. She enjoys reading, hiking, traveling and spending time with her children.